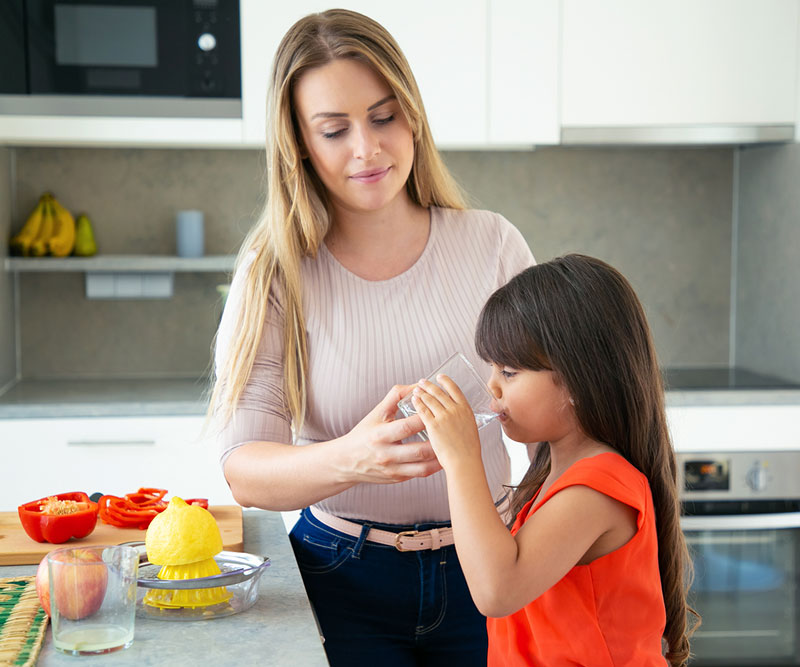 ORS or Oral Rehydration Solution is termed as one of the greatest breakthroughs of the 21st Century in the history of medical science. To put in in simple words, ORS is the right mixture of electrolytes, sugar and water, which when consumed, helps in restoring the electrolyte and fluid balance lost due to dehydration. To understand the science behind ORS, first, we will have to take a look at the functioning of our intestine.

How a healthy intestine absorbs water
The intestinal wall of a healthy human body secretes and absorbs up to 20 litres of water within 24 hours. This exchange mechanism helps in absorbing soluble metabolites present in digested food into the bloodstream.

Functioning of the intestine during dehydration or diarrhoea
When you are down with diarrhoeal disease, the intestinal walls secrete more water than it’s absorbed, which results in the loss of several litres of water every day. Sodium is also lost in this process as well.

The role of Sodium and Potassium Ions
The body generally stores Na+ ions in body fluids and blood plasma(extracellular), whereas Potassium ions are stored within the cells. For a human body to function normally, the extracellular fluid must contain 135-150 mmol/l of Na+. The Kidneys ensure that this concentration levels of Sodium in the body is maintained.

Diarrhoea can also deplete the Potassium content gradually, leading to weakness and anorexia. The Kidneys also lose the power to conserve potassium in this state.

Is Saline Water enough?
No. Because during diarrhoea, the intestinal walls are unable to absorb water or Na+ ions adequately. Also, the downside is that an excess amount of Na+ can increase the secretion of water, thus making the condition even worse.

Role of Glucose or Dextrose
The intestinal walls can absorb glucose molecules even in a diarrhoeal state. So, when glucose or dextrose is added to saline water, the intestine absorbs one molecule of Sodium with along with one molecule of glucose, acting as a co-transport coupling mechanism.  However, glucose does not co-transport water, but since the concentration of Na+ increases across the intestinal wall, it ultimately pulls in the water along.

Sodium Citrate for Metabolic acidosis
Electrolyte imbalance due to dehydration causes Metabolic acidosis. This can get more severe in babies as they have a higher metabolic rate. By adding bicarbonate or a base like a citrate to ORS, Acidosis can be controlled.

Coslyte ORS meets WHO recommended Formula of 245 mOsm/L1 with the right amounts of Sodium Chloride, Potassium Chloride, Sodium Citrate and Dextrose Anhydrous to replenish the body with Sodium content, reduce the electrolyte imbalance and fight dehydration.